Are you still whole?

“In every atom, there is a reflection of the whole.” ~Jay Woodman 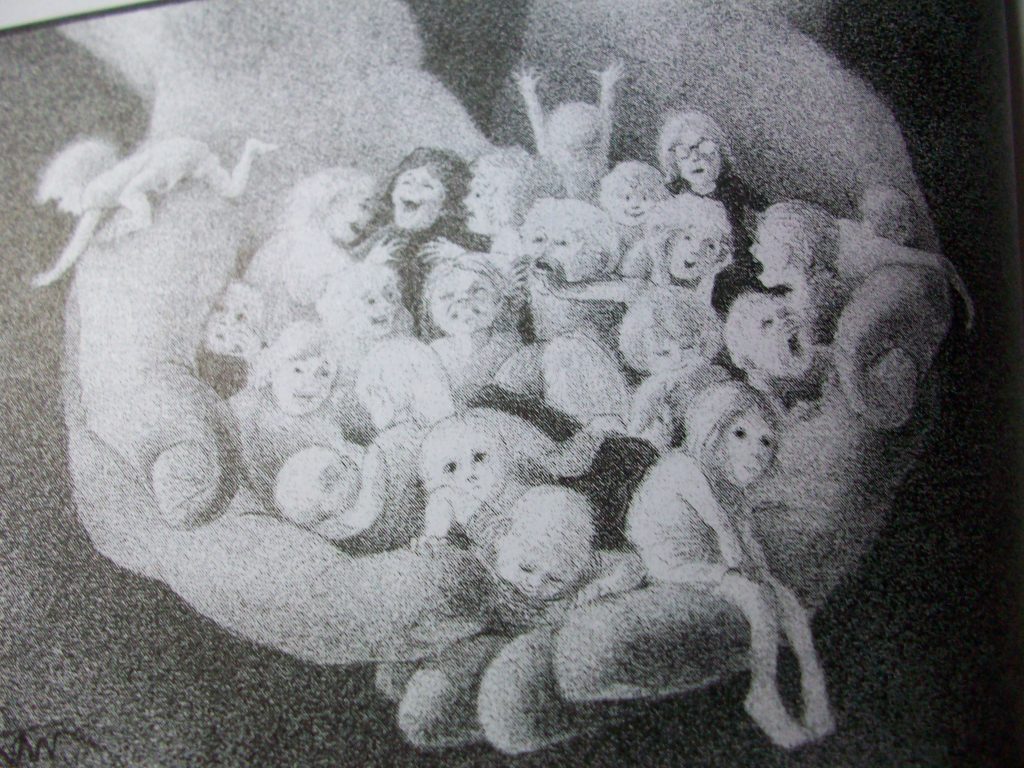 Quote for Reflection: “In every atom, there is a reflection of the whole.” ~Jay Woodman

Once upon a time, in a far off land of my Inner World, there was a ‘me’ who lived with the ‘we’, a tribe of multiple others. The tribe called themselves ‘Associates’ so that they could have a title of respect and be understood as having connections that were ‘professional’. They felt that this supported their significance, how they relayed their history of what happened to them, and of their shared body with the ‘me’.

Through a nine month birthing process that Creator moved ‘we’ through, the 27 parts and many fragments, integrated and fused in 1995. For years following, people who knew ‘me’ were aware of this union.

Where I had once been very public sharing about my experience in becoming a singleton through transitioning from ‘we’ to ‘me’ –before Therapist groups, Survivor support conferences, on TV, and Radio–I stopped speaking about it 16 years ago. I then closed my publishing company in wanting to move on in a new direction.

Why a publishing company? In 1998, I co-created a book with another co-editor/writer. We had never written or published a book before, but the co-editor had a PhD in creative writing.

It took a great deal of time and energy to gather stories, edit and co-write a book. We enlisted the help of six other women who all contributed to a compilation of vulnerable stories about the integration process of DID called, ‘Multiple Journeys to One: Spiritual Stories of Healing Dissociative Identity Disorder’. DID used to be called MPD-multiple personality disorder.

Eventually, through various interchanges, difficult decisions, and after all the writers were paid for their contributions, each person was drawn to different pathways in life. It was definitely time to let those relationships go.

Closing the publishing doors,  I decided that I didn’t want to be identified with a label of having experienced DID anymore. I wanted others to know who I was different than the parts who use to run my existence.

I wanted to focus on working with my clients and in teaching ThetaHealing workshops at a larger level. I let go of any focus on writing further books not realizing that I had a future purpose that would catch up to me in the not-to-distant- future.

Other connections in my life had projected unsolicited comments about my life-saving coping mechanism as some kind of social stigma or mental illness. I had had enough of dealing with such ignorant, uneducated, and judgmental energy.

When that book was first published, in me being emotionally vulnerable and still not grounded in being a ‘singleton’, I had told people in my dance community about the book. It was a really big deal for me to have participated in writing and publishing it besides being proud of birthing this book of many tales. And there were some interesting responses.

In sharing my book-in-hand from a place of excitement with one of the many men I danced with, he used ‘side-of-the-mouth’, demeaning comments. I was not expecting his uncaring and condescending response….naive me!

After that incident and through the years, he’d say snide or off-the-wall remarks, like, “How do you like living with all those parts?” Or “Did those parts come back?” as if I didn’t integrate. I wondered if he wanted to feel better about himself by attempting to mock me. He didn’t understand anything about the experience, nor did he really want to …until 20 years later.

Are you still whole?

Fast forward July of 2018 where I saw him at a dance. He sat next to me when there were plenty of empty chairs all around. I said nothing to him. Out of the side-of-his-mouth, he asks, “Are you still whole?”

I turned my head and looked at him very intensely. With an emotional solidity that he didn’t expect, I asked him, “Are you whole?”

He looked a bit startled that I would even think to ask him this. He said he thought he was.

I then asked, “I wonder why you would ask me a question like that. Perhaps you didn’t ask the right question. Did you ever consider why someone would have different parts of themselves?”

I continued, “What you might have asked me is, ‘What happened to you that this occurred?”

He was taken aback since it seems he never thought that there was a cause. I sensed that he thought I was an aberration, a pathology or phenomena who was easy game to get gossiped about in being different.

I looked him straight in the face, “Do you want to know what happened?”

He said he did though I wasn’t fully convinced.

I asked again because I didn’t want to waste my time or energy on closed ears.

“Are you sure you want to know why?”

His intention was more focused and sincere this time. “Yes, I do.”

With complete composure, I said, “I can talk about it more easily now since it’s all over the news in what is happening. I was sex trafficked from an infant to a young adult.”

He turned away and dropped his head as his breath cut off. The silence was momentary. “I had no idea! That must’ve been difficult.”

“Yes, it was more than very difficult.” I took a breath. So many thoughts ran through my head. A slight moment passed before I continued.

“It’s way more than people can really comprehend. I’ve been working on the issues for 32 years.”

He was deeply affected. “I never knew this. Thank you for telling me.”

He never asked me to dance in just sitting there that evening, probably stunned. I didn’t really want to engage with him further. I walked off to find a dance partner as I was there to have fun.

I have not seen him since.

There are several reasons.

I still honor the coping mechanism that I used to save my life. I want people to know how amazingly ingenuous it is for a child to create parts to handle what was unbearable for most to survive. The only other ‘choices’ were psychosis or death.

I think it’s very important that people stop seeing others with what the medical associations like to describe as a pathological mental disorders and/or grouped as societal misfits.  There is a necessity for education, to learn the reality of how creative coping mechanisms and survival skills under extreme adverse situations, need to exist to keep the humanity of the person alive somehow. The healing of dissociative disorders, needs to be held sacred to unravel their mysterious complexities.

A pathology exists in a model of alliopathic disease, not ‘dis-ease’. A creative life coping strategy, even in an unhealed and uncontrolled state, will never be a disease. But it will be a ‘dis-ease’.

And this ‘dis-ease’, by the extent to which it’s acted out, can harm oneself and others. It often goes unrecognized in what many see in the world’s violence. It projects both consciously and unconsciously in very difficult ways by many ‘authoritarian’ heads of countries, politicians and those who use hierarachal power (power over). How many actually realize the level of people’s dissociative aspects who run things worldwide?

I also realized I had taken years of subtle bullying that I was unable to respond to. In this once-upon-a-time, I had an opportunity to approach it differently–in my truth and true aligned power. And I was fully heard!

What happened to me isn’t who I am, but it has affected every aspect of my life. It de-structured the once necessary lies I was living and gave me back a life of my choice and truth. I know what happened to me. I live in awe that I survived it all, and that I was given the opportunity to heal. This is beyond miraculous! It is not a choice afforded to all.  As difficult as the journey was, I never took the healing for granted as I knew I was held within the Love of All that IS, my spiritual guidance and my friends. There was a higher purpose in it all.

The gift is that I own myself, my feelings, my experiences and my history no matter what others think or believe about it. People’s inability to grasp certain realities doesn’t lessen or negate what I have lived through and the patterns of awareness that I have gained from healing. It only gives me more strength to support the truth of what occurs for millions throughout the world. This brings forth a grounded and compassionate awareness.

My life will always be about awareness and remembering, feelings and forgiveness, responsibility and consciousness, choices and action.

It will always be about knowing that there is this energy of Love, All that IS. It’s a knowing, in every cell of my body, that this Love is ever present within me and each of us. This feels whole. This Love wants us to be fully who we are and divinely meant to be. It’s what consciousness and life is about.

So be who you are– live courageously and genuinely. Now is the time!

I know what it feels like to, how to, when to, that it’s possible, that it’s safe, that I’m worthy, deserving and good enough, that I can, I do (or I am/am able to be):

Have you received your free gift? It comes with the ‘Sign up’ for the Newsletter at www.theflowofhealing.com